The Update Brings In A Real-Time MATIC Burning Mechanism

Polygon (ex-MATIC) is finally going to implement the London hard fork, or EIP-1559, after developers announced that they will deploy a fee-burning mechanism, like BNB and ETH, on December 14, 2021.

Last month, the EIP-1559 network update was successfully implemented on Polygon’s Mumbai Testnet, and now the network is ready to undergo the hard fork, scheduled for block 23,850,000.

“After the successful EIP-1559 upgrade on Mumbai Testnet last year, the much-awaited London Hardfork on Mainnet is here! EIP1559 and related EIPs will be activated on the Mainnet on Jan 18th around 3 AM ET / 8 AM UTC.” Polygon tweeted, explaining the technical requirements for updating the clients.

The core purpose of EIP-1559 is to change the fee market mechanism, which eliminates the first-price auction as the main gas fee calculation.

The first-price auctions imply that users bid a set amount of money to pay for their transaction processing, and the highest bidder wins. EIP-1559 introduces a “base fee” for transactions to be included in the next block.

However, users still can bid, in what is called a “priority fee”, which pays miners for faster transaction times.

The network update will not reduce transaction fees, but the number of users that are overpaying would decrease, while EIP-1559 would also make users better estimate their costs.

That deflationary status will have a broad effect on the Polygon community, which affects holders, validators, delegators, and developers.

Shortly after the announcement, Polygon’s MATIC token spiked, recording a weekly high of $2.45 per token. However, its price is still far from its all-time high of $2.92, recorded on December 27. 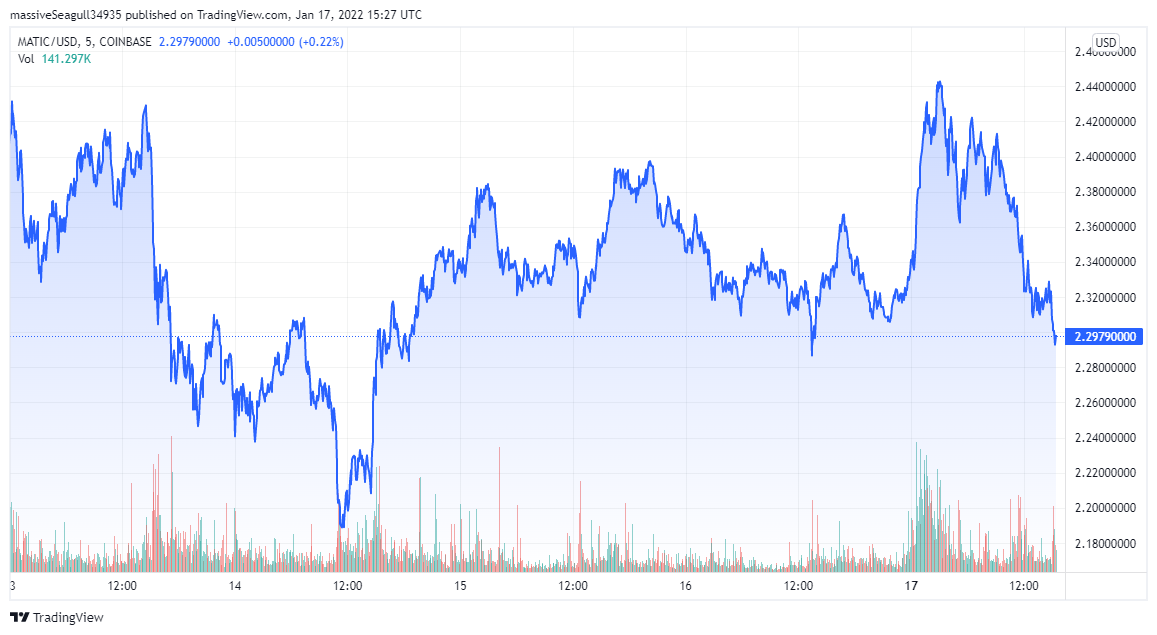 Many MATIC proponents claimed a pump is imminent, claiming the increased interest as a sole driving factor behind MATIC’s price.

Meanwhile, the rest of the crypto sector is showing a negative price trend. Bitcoin, Ethereum, and Binance Coin all recorded negative price actions, with many of the top-100 projects recording 1%-5% negative slide on the day.