Polygon, dubbed as one of the leading Ethereum Layer-2 scaling solutions experienced a network-wide stall on March 11, with the network unable to produce a block for more than 11 hours, according to numerous sources. The reason, according to the scarce information Polygon provided, has to do with the recent update, which might have affected the network’s ability to reach consensus.

Meanwhile, despite the team at Polygon reassuring its clients that the on-chain data and the allocated funds are safe, the overall instability tumbled down the network’s native MATIC token price.

After the initial block production stall, Polygon’s team franticly tried to release a hotfix, which restored some of the functionality on the Layer-2 scalability solution.

“While we are working on identifying the definitive cause, it seems to have originated from an earlier upgrade consisting of a minor parameterization fix to the Ethereum to Polygon PoS state sync/bridging module.” Polygon developers announced, adding that there “may have been a bug”, which caused different Heimdall validators being on different versions of the blockchain, thus not reaching the 2/3 consensus MATIC’s network needs in order to process the transaction.

The fix addressed a bug, which caused the "small upgrade" on the Bor block production layer to stall the Heimdall consensus layer on Polygon and essentially kill the production of any new blocks, which in turn made transactions on the network impossible. Meanwhile, the team is working on implementing a longer-term upgrade to fix the Heimdall issue, since the temporary hotfix is blocking the functionality of Polygon’s Bridge, which acts as a medium for ETH/MATIC transactions.

As the MATIC network became unstable, crypto exchanges began fearing the safety of transactions, with Binance being the hardest on the layer-2 solution, blocking all deposits and withdrawals on Binance via Polygon.

“Binance will reopen deposits and withdrawals via the Polygon (MATIC) network once we deem its network to be stable. A further announcement will not be posted.”, the largest crypto exchange to date added.

Not the first time for MATIC

Polygon has experienced a wave of problems with its network, the largest one being a vulnerability, which opened the doors to losing nearly all of its MATIC tokens, worth $24 billion, which happened in December 2021.

Prior to fixing up the massive hole in the security of the network, Polygon's proof-of-stake genesis contract contained a critical bug that could have allowed attackers to arbitrarily mint all of Polygon's more than 9.2 billion MATIC tokens from its MRC20 contract.

However, MATIC’s team successfully hard forked a solution to patch the hole, but a malicious actor stole 801,601 MATIC tokens, worth over $2 million at the time.

Polygon’s native MATIC token felt the network instability, with several price drops on March 11 and on March 15, when Binance announced the closed withdrawals. Nevertheless, the price fluctuations are minimal and on-sync with the bearish trend MATIC is experiencing since March 3. 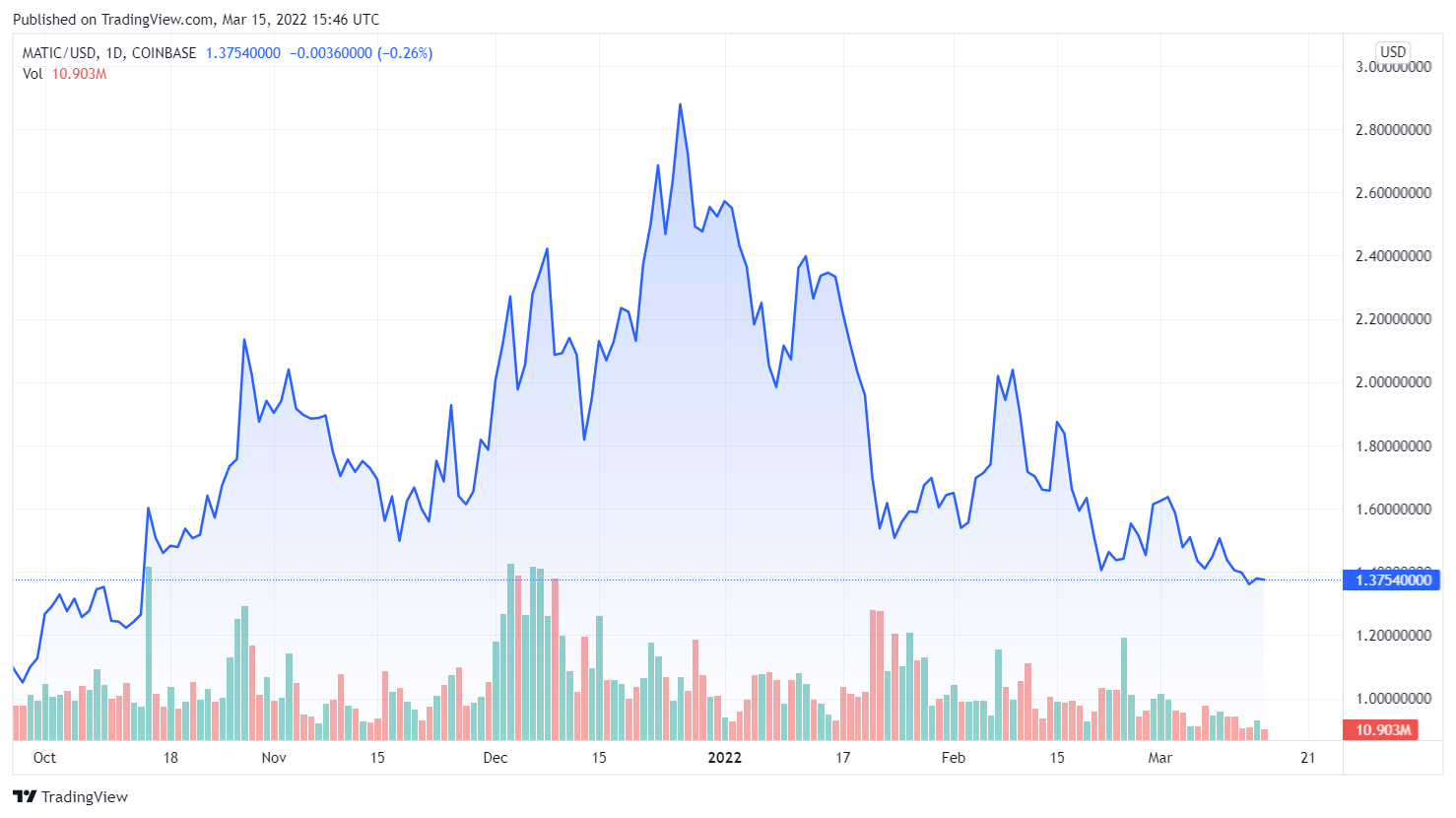 Currently, the price point of MATIC is $1.37 per token, while the cryptocurrency has a market capitalization of $10.5 billion and sits in the seventeenth place in the top crypto ranking.