Solana’s Blockchain Went Down Again Due To Congestion Issues

However, Solana’s Price Didn’t Flinch Amid The Outage

Solana, or as many call it “The Ethereum Killer”, suffered from yet another outage, making it the third in just six months. So far, Solana developers didn’t clarify the possible cause of the network drop.

However, crypto-journalist Colin Wu, or otherwise known as Wu Blockchain, and Solana’s official Telegram community, said that the issue may have been another DDoS attack, using spam to overload the blockchain.

Meanwhile, Solana’s community responded with mixed feelings about whether or not the blockchain has a fundamental flaw in its design.

"Another year.. and another episode of Solana going down. Today it went down for a few hours in the early morning Asia time, and it took almost 4 hours to bring it back up." some users denote, while others just experienced slow transaction speed.

"Sorry, that’s not at all what happened. There was some congestion due to mis metered transitions, and some users experienced their txs timing out and had to retry." Solana Labs co-founder Anatoly Yakovenko replied to Colin Wu, adding that "it's not a DDoS, just pain of getting a new runtime commercialized."

Nevertheless, Solana may be facing a fundamental flaw, since both CoinGape and Grayscale expressed their concerns about a possible flaw. Furthermore, a Grayscale security report cited that Solana works with a new blockchain technology that is not widely used, and may not function as intended.

Despite the outage, Solana’s native SOL token price didn’t suffer much. One of the biggest gainers in 2021 got away with a 2% price decrease both daily and weekly, showcasing increased stability in such events. However, the trading volumes dropped over 20%, which could play a negative role in SOL’s price action. 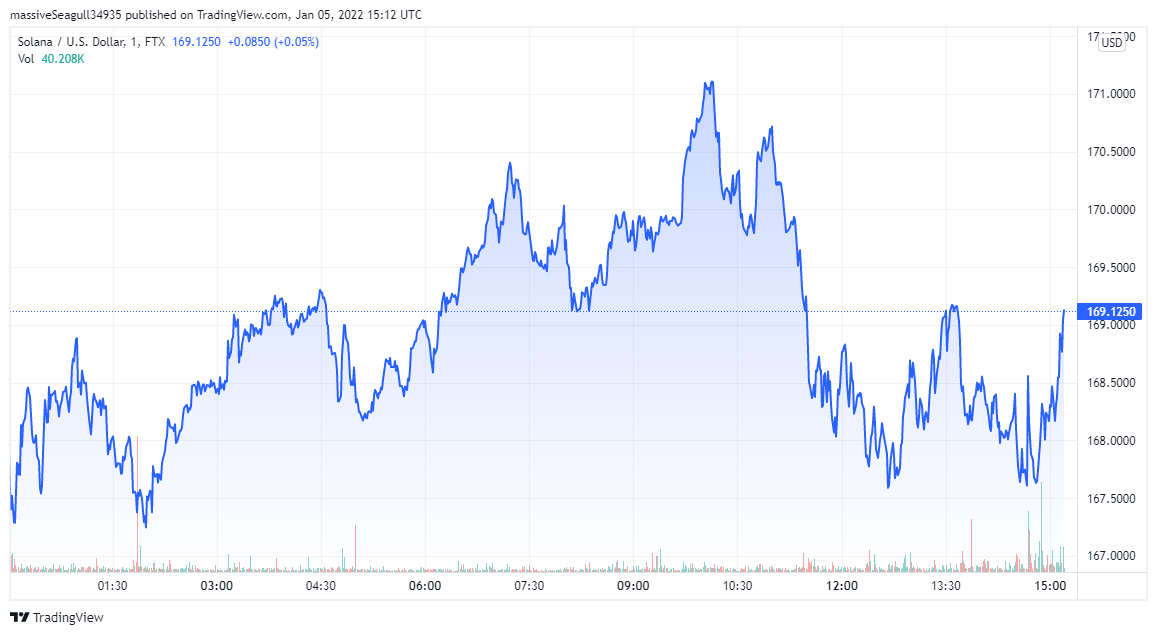 Currently, Solana’s blockchain processes around 3,000 transactions per second, processed by 1,362 validators. Meanwhile, SOL’s price is hovering around $170 and secured a market cap of over $52 billion.